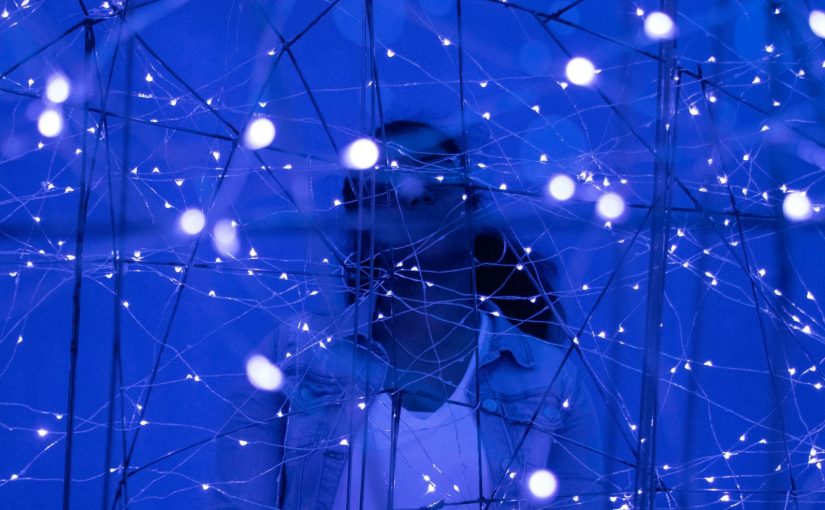 So you're looking for a super simple, light-weight, slightly hacky, solution for encouraging social engagement, promoting excellent customer feedback and managing comments on articles and posts?

All with little effort and no extra services.

A few lines of CSS, and the right call-to-action button will do.

When you're building a brand or small business - it isn't always practical to outsource social media to "experts" and the budget agencies don't usually preform as you may hope.

So we're usually left with other staff or brand owners heading up their public engagement, it takes a lot of time to get right and ends up being neglected more often than not.

Public comments across all self-published media for small brands and SMEs - like your YouTube videos, Facebook, Twitter etc... - but most importantly on websites and blogs, like WordPress, unfortunately trend towards an absolute dumpster-fire, spam ending up as a brand-damaging waste of time.

It's usually link-back spam and even just dumb or off topic rants from obscure keyboard-warriors basking in the limelight, for a few moments.

None of which is good for business.

We rely on platform providers, or third-party services to regulate the trolls and vanish the spam comments - missing-out on the audience encouragement and brand growth benefits of proactive engagement.

I was knee-deep in what feels like my hundredth-thousandth spammy comment, attempting to pick-out and focus on the great feedback from the real brand-ambassadors - when that dreadful decision crossed my mind again...

Ignore the comments, wouldn't it just be easier?

Sure... it'll save some time and a fair amount of mental strain - but you'd be missing out on that huge, easy and free, special something that we're all led to believe is the golden-ticket to small business digital marketing - organic social growth leading to real results.

Would you just be shooting yourself in the foot?

You may be thinking that surely marketing in a modern world can't work without having all the social media options open.

It's the only, and simply the best option for brand growth - well - that is what we are commonly led to believe.

This the digital marketing fallacy... there is actually an argument for social silence over being available everywhere - relatively speaking.

Create the Change, Lead the Conversation

Note: Organically in this context means, not a paid promotion.

Never or at-least super rarely. That's because they control the narrative with an iron-grip.

They do this without the same amount of effort (obviously scaled-up) that you'd need to manage an organic audience fragmented across many platforms and mediums - especially when it comes to the public's comments.

Apple does it with extreme control over their social narrative without a self-regulating community - but they handle it with cold-hard cash.

Amazon does it too, but they handle it with their red-hot tech influence and again cash.

Less really is more, when it comes to potent social marketing - and using their approach, scaling it down for your brand means focusing intent and nudging public interactions your way.

How can Small Brands & SMEs Scale Down the Big Players Social Media Game?

Any digital marketing wizard worth-their-salt can tell you that a few choice reviews - (sometimes called social-proofs with the odd easily- dismissed bad comment for authentic contrast) - will do more for your organic outreach than a nation of meticulously vetted comments spread across a hundred platforms.

You need to focus the environment and control the exposure the public can get from your brand - and then selectively promote the real gems, encouraging new prospects to follow through with your goals. e.g. following your content, brand awareness or completing transactions etc.

Keeping distant control of your growing organic audience in the early days should be as easy as being the audience, liking the good ones and scrolling past the rest.

A Big Social Method but Distilled for SME.

i.e. You're using some sort of WordPress-like CMS for the business news - and you're inundated with weak comments from the public, usually spam, but you do get some great input from real people too - so you can't just stop sifting through them all.

First, you'll want to disable the comments on your blog and funnel public interaction onto a robust social network - like Twitter.

But why Twitter? Facebook, as a public forum, is not standing the test of time like Twitter is, and it's not as niche as Reddit or as insular as Snapchat or TikTok etc. It's more of a platform than a specific service.

The naff engagements get lost in the crowd, comments from key-players get noticed due to their existing clout, and you can promote the smaller brand ambassadors when they promote your goals.

But things on Twitter have a mind of their own - how is this any better?

There's a small but super vital detail that skews the growth results in your favour with the general public... without the need for an Apple-sized mountain of cash or Amazonian torrent of influence.

Instead of just linking to your Twitter profile, hashtag or post etc - instead of another comment stream - guide the majority of people with a standard call-to-action "intent button"... just add a little more strength.

But with a little tweak to the main stream option - you can create the subtle but vastly more potent "Reply" button instead.

Its function is native to Twitter so, you're not likely to lose useful audience engagement through something unfamiliar, or relying on an outside service, but you can control the narrative, actively promote your brand and cherry-pick the very best to promote too without much effort at all.

Fundamentally speaking a Reply is quieter than a Mention on Twitter - and Twitter knows this, so they don't offer an easy "Reply" button for their own growth.

But, by jerry-rigging a normal Twitter "Tweet intent" button you can keep the lazy trouble makers quieter, promote your original narrative with every engagement, market your brand, promote your Twitter profile and curate the great engagements to be shown front and centre directly on the blog.

This funnels the public to reply to your Tweet rather than just mentioning your handle in a more public, louder way. It also encourages trusted existing customer or brand-ambassadors to engage with you on social media too.

Managing Public Engagement in One Place:

P.S. You can use Twitter normally on app or on the website to manage feedback and create Moments, but you can also use the Twitter TweetDeck - the free "Pro" mode of Twitter - it gives you some more power over managing an audience and allows you to create "Collection" which are essentially the same as a "Moment".

So what are Twitter Moments? A while back twitter launched a curated list of tweets feature called "Moments." It's a collection of hand-selected tweets that can be shown together to tell a story.

In TweetDeck, the pro-mode for Twitter, you can use "Collection" they work the same as Moments, but for the purpose of this article I'll just refer to it as Twitter Moments.

Not only can Moments give your great engagements more exposure on the social network itself but more importantly it can show those engagements automatically on your site.

On WordPress for example, embeds are built-in, just paste in the link to your curated Moments list of the greatest engagements.

If Twitter widgets/feed embeds are not built into your CMS, just use Twitters embedding JavaScript snippet instead. See below.

WordPress Note: recently Twitter has started rebranding 'moments' as 'events' so when you open a moment it will rename/redirect the URL to 'events' - at time of writing WordPress only accepts the moments variation of the URL for auto-embedding. Just swap out the word 'events' for 'moments' when you paste it into WordPress - OR - just use TweetDeck it's better for this sort of thing and use it's Twitter Collections as it's essentially the same.

The "Twitter Reply" button itself is just a modified Tweet button - the catch is you have to add this button to the post after you've tweeted out the article, as you'll need the Tweet ID from your Tweet's URL.

And a little CSS for styling at your leisure...

To add the Moment or Collection list on your site as a highlighted comments feed under an article:

Again, replacing the variables in CAPITALS with your info.

If your CMS has Twitter Widgets built-in, it'll automagically swap this link for an embedded feed.

If not just slap this code anywhere on the page (preferably in the `head`) or use Twitter's Publish tool to make the code for you.

Comment on this article with a reply on Twitter, I'll may add some to the collection below so you can see the idea in action!